The debt of Germany

As I said in my previous post, a couple of years ago I wrote on my other blog, in Spanish, stories about "the" economy from the perspective of a small boy raising questions to his Italian grandmother. The ensuing dialogues discussed complicated issues in a lively, simple manner. I would like to copy here the last dialogue between Gio and his grandmother before I return to more 'normal' posts I use to write on this blog. Here it is: 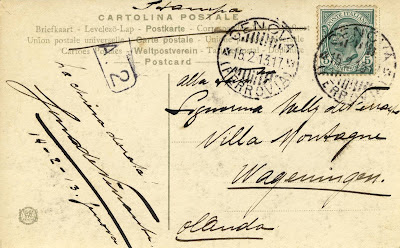 -Grandma ...
-Yes, Gio.
-Grandpa says that the presidents of the central banks of Europe think the same as the president of the central bank of Germany, although sometimes they pretend to think differently. Grandpa says this is because all central banks defend the interests of commercial banks and the people who have much money. But this postcard you have in you hands, where does it come from?
-From Italy.
-From what city?
-Genoa. That's a city with a port and there's where my brother has been and sent me this card.
-When did he send it to you?
-A little before the Great War.
-The war that Germany has lost and gained at the same time because it became the strongest country in Europe?
-No Gio, the First World War, not the Second.
-And from that first world war Germany did not come out as the country that was the strongest?
-No Gio, from that first world war Germany emerged as the country that had to pay a lot of money to other countries in Europe.
Posted by jan joost teunissen at 9:28 PM