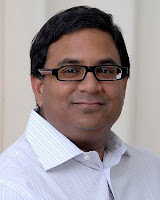 Avinash Persaud sent me some thoughts about macro-prudential regulation which are worth reading (again). Here is what he says:

The counter-revolution begins: the rise and premature fall of macro-prudential regulation

The term macro-prudential regulation was probably first used in the late 1980s by Andrew Crockett, former General Manager of the Bank of International Settlements. In more recent years his colleagues at the Basle-based BIS, in particular, Bill White and Claudio Borio, championed the idea along with some policy officials –it may be unhelpful to them to identify them by name - and macro-economists like Charles Goodhart, Jose-Antonio Ocampo, myself and others. The point of macro-prudential regulation is that financial firms acting in an individually prudent manner may collectively create systemic problems. Macro-prudential regulation is a response to a failure of composition problem: we cannot make the financial system safe, merely by making every financial institution and product safe.

Proposals to improve the regulation of firms, products and markets - contained in the US Administration’s White paper - are generally a good thing, but they are not macro-prudential. Moreover, these proposals neglect the critical observation that we have spent the last 20 years tightening up micro-prudential regulation and yet financial crashes are just as deep if not more so and they do not occur randomly, which a failure of a rogue firm might imply, but always follow booms. This boom-bust cycle implies there is something “macro” going on we need to address urgently.

A common source of macro-prudential risk is common behaviour by financial firms - often as a result of closer adherence to tougher micro-prudential rules. During booms, asset prices rise and measured risks fall. Acting prudently, financial firms will feel it is safe to expand lending. All financial firms expanding together will lead to a scramble for assets that will create, post-hoc, excesses in valuations and lending. During the resulting crashes asset prices collapse temporarily and measured risks soar. In “Sending the herd off the cliff edge” (IIF, 2000) I showed how all financial firms responding to common prudential, market-based risk controls, would lead them to want to sell the same assets at the same time, creating a liquidity black hole.

Macro-prudential regulation is about encouraging different behaviour than a prudent firm would follow, wherever this prudential behaviour could undermine the financial system if followed by everyone. It is rather like the paradox of saving. Individually saving is good; collectively we can have too much of it. A classic macro-prudential tool that Charles Goodhart and I have advocated is to raise capital adequacy requirements, not for all times, but specifically when aggregate borrowing in an economy or a sector is above average in an attempt to put sand in the systemically dangerous spiral of rising asset prices leading to rising borrowing to buy assets, leading to rising asset prices. This is doable as the Spanish have shown with their counter-cyclical provisioning. India could be said to have carried out macro-prudential regulation when the RBI tightened up credit conditions for lending in the housing market during the recent housing boom. Counter-cyclical measures will not end boom-bust cycles, but they may reduce their amplitude.

Another macro-prudential tool is to take a holistic approach to the financial sector and encourage certain risks to flow to places with a capacity for that risk. When the crash comes, firms that can absorb short-term liquidity risks, perhaps because they have long-term funding, are not forced to join the selling frenzy in the name of common prudential rules for all, but are more able to buy and diversify liquidity risks across time. This would forestall the implosion of the financial system that would occur if there are no buyers, only sellers.

Buried beneath the US Administration’s proposals are hints at counter-cyclical provisioning, extra capital for liquidity risks at banks and differentiated accounting, but the Paper essentially gives to much to those carrying the pitch forks in Congress who argue that what was wrong was that we didn’t have enough regulation. The brave observation is that we had too little of the right, and too much of the wrong, regulation. Doubling up existing regulation will satisfy the justifiable moral outrage against bankers that many voters feel; but it will lead to more of the same in financial boom and bust because it is insufficiently macro-prudential.

Avinash D. Persaud is Chairman of Intelligence Capital Limited, Chairman of the Warwick Commission and Member of the UN Commission of Experts and Pew Task Force on financial reform and Emeritus Professor of Gresham College.
Posted by jan joost teunissen at 3:17 AM 1 comment: