Fixing the financial crisis: an agenda for regulatory reform 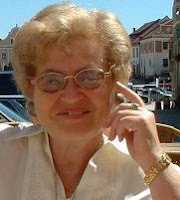 I read a paper I like a lot. It has been written by Jane D’Arista and Stephany Griffith-Jones, two experts in international finance, both concerned with the functioning of the global financial system, its current crisis and its (likely) effects on people less fortunate than the rich.

The paper is called “Agenda and criteria for financial regulatory reform” -- a key issue that needs to be addressed urgently. In my view, all policymakers, officials, opinion-makers (any academic teaching or writing is an opinion-maker) or other person interested in the current financial crisis should read the paper and, if possible, do something with it.

The first introductory paragraph is worth quoting fully:

“The severe turmoil in the most “advanced” financial markets that started in the summer of 2007 follows many deep and costly financial crises in the developing economies during the last twenty five years. This more recent crisis, like previous ones, is the result of both:
(a) inherent flaws in the way financial markets operate – such as their tendency to boom-bust behaviour – and
(b) insufficient, incomplete and sometimes inappropriate regulation.
Financial crises tend to be very costly from a fiscal point of view (i.e., that of the taxpayer), from their impact on lost output and investment, and from their impact on people, many of whom are both innocent bystanders and poor.”

The second introductory paragraph is also worth quoting fully:

“It is therefore urgent and important to reform financial regulation, so that it makes financial crises less likely in the future. Those new systems of financial regulation should attempt to deal with the old unresolved problem of inherent pro-cyclicality of banking as well as financial markets. They should also deal with such new features as the growing scale and complexity of the financial sector, the emergence of new, as yet unregulated actors and instruments, as well as the increased globalization of financial markets. To do this adequately and to avoid regulatory arbitrage, regulation has to be comprehensive.”

As the remainder of the paper is 25 pages long, I cannot continue quoting every paragraph I like. So let me just highlight a few of the insights the paper provides.

“After the eruption of the sub-prime mortgage crisis in the summer of 2007, criticisms of past and present policies of the Federal Reserve and other regulatory authorities became more frequent. (…)The Fed’s monetary influence weakened as it gave priority to deregulation and innovation and abandoned credit flows to the procyclical pressures of market forces, ignoring ways in which monetary policy itself had lost its ability to stabilize financial markets and the economy. It paid no attention to the way that foreign capital inflows drove up the supply of credit and failed to notice the explosion of debt that unchecked credit expansion produced. And, as debt soared, the Fed ignored the asset bubbles it fueled. (…). Together with its failure to criticize and curb abusive lending practices, the Fed’s passivity in responding to major changes in financial structure and regulation contributed to the prolonged and pervasive reach of the credit crunch that the sub-prime mortgage defaults unleashed.”

“Over the past 30 years, the US financial system has been transformed by a shift in household savings from banks to pension and mutual funds and other institutional investment pools. (…) The implications of these shifts in saving and credit flows have radically altered the way the financial sector functions, reducing the role of direct lending in favor of trading, investment and asset management.”

“At [a] 1993 conference, former Bundesbank Vice President Hans Tietmeyer’s … argued that, in a number of countries, deregulation and financial innovation had altered the transmission mechanisms for monetary policy to the real economy and had “generally made it more difficult for monetary policy makers to fulfill their stability mandate”.

Subsequent events have underscored the accuracy of these remarks. In the 15 years since they were made, however, the major central banks have taken no steps to improve the monetary transmission mechanism. On the contrary, they countenanced further innovation and deregulation and promoted the view that market-based solutions … could replace the quantity controls (reserve and liquidity requirements, lending limits and capital controls) that had been targeted for removal by the advocates of liberalization.”

When Jane and Stephany come, on page 12, to their criteria and principles for financial regulatory reform, the paper turns too detailed that it allows for quoting. You can read the full paper on the Fondad website, under “Other Publications”.

“The discussion of a global financial regulator needs to be put urgently on the international agenda. In the meantime, efforts at increased co-ordination amongst national regulators requires top priority. It is also urgent that developing country regulators participate fully in key regulatory fora, such as the Basle Committee. Given their growing systemic importance, it is absurd and inefficient if they do not.”
Posted by jan joost teunissen at 5:01 AM No comments: