Padoa-Schioppa: "The attackers will return"

Friends can turn into enemies. For many years governments and financial markets were close friends, governments giving the markets the freedom to do almost whatever they wanted and helping them when the credit crisis erupted. But in recent times that friendship is less obvious even though, or exactly because, markets continue to enjoy the same freedom -- and power.

Reflecting on the attacks over the past months by financial markets on Greece and other south European countries and the euro Tommaso Padoa-Schioppa, a former Italian finance minister and member of the executive board of the European Central Bank, has accused the financial markets of behaving like an invading army. He did so in an article published in the Financial Times of 13 May 2010.

Let me quote the first three paragraphs of Padoa-Schioppa's article: 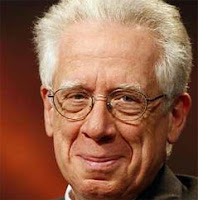 'Over many months, a mighty army has advanced on the citadel of the European currency with the cry: “It will never work!” The army was quick and single-minded, the citadel slow and divided. The besiegers were thousands, steeled by convictions all the more fervent for their extreme simplicity. Their reasoning was as follows: the euro area is not a political union and can never become one, because Europeans have no appetite for it and nation-states will not relinquish power. The citadel, therefore, is doomed to capitulate and its stubborn resistance merely serves to create profit opportunities for astute traders.

Equally strong and simple was the credo of the defenders, who countered: “It can work!” For years, Europe’s heads of government and central bankers had preached that a currency without a state is a smart invention that can last forever. It accomplishes the miracle of removing monetary and trade tensions, while allowing the nation-state to remain the unique master. The Maastricht treaty of 1992 was the final step in the construction of the European edifice. No other transfer of sovereignty will, nor needs to, occur. The European Union can do without the ordinary fiscal, financial and monetary instruments that all textbooks prescribe.

Enemies as they are, the two camps share the same prime article of faith: that the nation-state is and will continue to be the absolute sovereign within its borders. Both believe that international relations will continue to be based on the twin postulates of internal homogeneity and external independence, a model invented by the Treaty of Westphalia of 1648.'

And let me quote the last paragraph of Padoa-Schioppa's article:

'The attackers will return. The outcome will, for sure, be decided by the rivals’ relative strength, but also by the nobility of the cause they fight for. The army is formidable but it bets on the wrong cause: a return to the old world of flexible exchange rates, where each country deludes itself that it can be insulated from its neighbours and tries to foster growth through competitive devaluations, reneging on debts when it sees fit. This can only produce economic misery, conflict and dangers for global security. The citadel fights for the good cause (saving Europe’s monetary union), but its persistent credo, which has for too long kept it disarmed, still hinders it from going all the way with the necessary reform. At stake in this struggle, ultimately, is the ideology of the omnipotent nation-state.'

Padoa-Schioppa's article prompted Andrew Sheng, a former deputy chief executive of the Hong Kong Monetary Authority and chairman of the Hong Kong Securities and Futures Commission, to write a 2-page comment. Let me also quote from his comment the first three paragraphs:

'The recent Greek debt crisis has brought into the fore the conflict between two major philosophies. One the one hand, there is the nationalists who believe that the nation-state will remain dominant in the new world order. On the other, there is the free market fundamentalists who believe that markets have changed the world into a borderless market space, whereby the market has more power than the state. Indeed, the market space camp laugh at the old guard, especially those bureaucrats who still think that the state remains more powerful than markets.

The reason why I bring this up is that one of the foremost thinkers behind the European Monetary Union, Tommaso Padoa-Schioppa, former Minister of Finance in Italy and former member of the European Central Bank, has recently written about the defense of the citadel of Euro against the army of market speculators who think that “the euro area is not a political union and can never become one, because Europeans have no appetite for it and nation-states will not relinquish power”. Who are the attackers? Mr Padoa-Schioppa identifies them as the army, whose “battalions were thousands of dealing rooms, connected into a global network acting round the clock. Its targets were selected by the intelligence of three rating agencies. Its morale was sustained by an unwavering faith: that we, the market, are those who know best.”

Who are the defenders? The European Union and the member state bureacrats, who are determined to regulate the market and bend the market to the dictats of the state. The Euro as a currency cannot be allowed to fail. On the other hand, the army of market traders think that “the citadel, therefore, is doomed to capitulate and its stubborn resistance merely serves to create profit opportunities for astute traders.”'

And let me quote another three paragraphs in one of which Sheng describes the financial market traders as "the very beasts that they [the governments] have rescued":

'In plain language, we cannot sacrifice the common good to the individual greed of market traders. But he or I have not appreciated that this generation of market traders were creatures of our own creation. A whole generation of fund managers, investment bankers and even retail traders have grown up in the last 20 years, feeding on the food chain of growing asset bubbles, precisely because central bankers and ministries of finance have allowed the markets to win with huge moral hazard. If markets quiver, the central bankers have lowered interest rates in Greenspan puts or ministries of finance have taken private sector losses into public books through total fiscalization or nationalization of bank deposits and losses.

The result is that I realized that these hordes of institutional investors, fund managers, analysts, and researchers, many of whom are dedicated professionals and my personal friends, have collectively become a mob that thrives off volatility and momentum. The level of bonuses and rewards are such that they all seek the instant analysis of complex information and if the thundering herd moves in one direction, they win. If they lose, the public pays. The agents of fiduciary trust have become the masters of the game. The regulators and state bureaucrats are still under an illusion that they are in charge.

The sad part of the current defense of the Euro is that I think that the EU bureaucrats are defending an imaginary Maginot Line, where the fiscal breaches are larger than they think (or they think they can plug). This is not to say that I think that they are wrong to defend, but that their tools and techniques are obsolete, because they are trying to defend by succouring the very beasts that they have rescued. Those who try to make the fiscal debt sustainable by keeping interest rates low are pouring ammunition to the attackers, whose carry trades thrive on low interest rates. The larger the guarantees for states and banks that are not viable, the more the ammunition that will be used to speculate against the Euro and to create arbitrage opportunities.'

In this battle, and other battles between governments and financial markets, citizens are mere watchers of the game. Unfortunately, they are the ones paying the costs.
Posted by jan joost teunissen at 3:53 AM No comments: