'Clumsy' Varoufakis replaced as key negotiator - Is he about to resign? 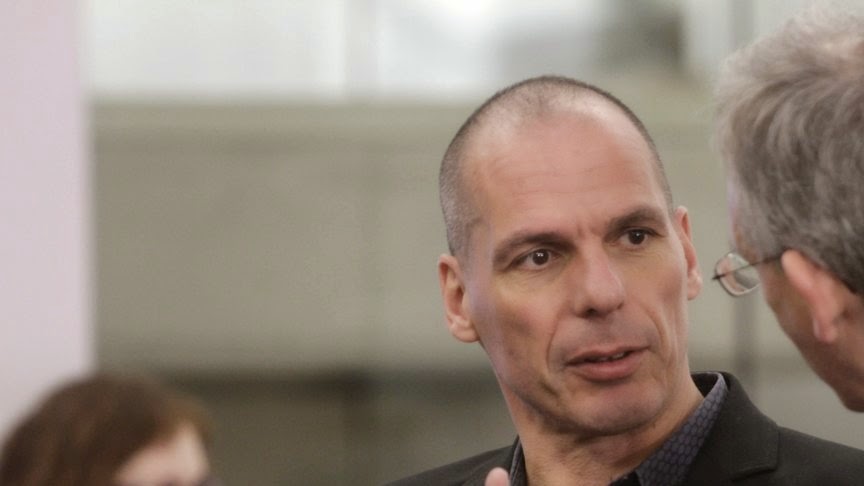 I don't think Yanis Varoufakis is a shrewd negotiator. But is he clumsy?

Yes, he might be - which is not bad in itself, even the contrary!

Before he entered politics he said he might have to withdraw soon. Well, that's not exactly what he said. He said, I will have my resignation letter in my back pocket...

When would he resign? When he would become too much of a politician, he said, lying to himself, and lying to his voters.

I looked it up and here is what he said a couple of months ago on his blog, in a post "Why I am running for a parliamentary seat on Syriza's ticket": "My greatest fear, now that I have tossed my hat in the ring, is that I may turn into a politician. As an antidote to that virus I intend to write my resignation letter and keep it in my inside pocket, ready to submit it the moment I sense signs of losing the commitment to speak truth to power."

Funny, I thought he had said he would have his resignation letter in his back pocket... but that's where some men have their wallet (not me).

Is a politician by definition a person who lies? Is he or she a professional in lying?

Maybe. Only small lies, or also big lies? And, "by definition"?

It all depends on the perspective from which you look at it, on your point of view.

I am sure that Yanis Varoufakis has been put in a less prominent position in negotating with Greece's creditors because he has not done an outstanding negotiating job. And that is what Greece needs: a first rate, outstanding debt negotiator.

This reminds me of what the new Sandinista government in Nicaragua did after the overthrow of the Somoza dictatorship. They hired a US team of banking experts who could advise them on how to best approach their creditors.

I happened to interview in those days (1980?) the head of the Nicaraguan debt negotiating team, Alfredo Cesar, then Governor of the central bank of Nicaragua. I'll see if I can still find that interview, published in the Dutch newspaper "NRC Handelsblad" in 1980 (?). That's a long time ago!


PS: I found Varoufakis' exact wordings in the first post I wrote about him, New Greek finance minister Yanis Varoufakis is a new hope for Europe.

PS-2: My suggestion in the title of this post that Varoufakis might be about to resign is based on the possibility that debt negotiations may result in an agreement that is too far away from what he had in mind. It's still too early to know that, negotiations are still in 'full swing' (I say this on May 1st which is supposed to be a day we should not work and remember the 'conquistas' and 'luchas' of the workers' movement, a struggle that still goes on...)
Posted by jan joost teunissen at 8:53 PM