Unemployment and poverty in Europe 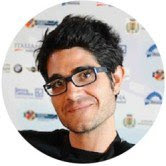 Following up on mij post "More than 200 million unemployed in 2013" here are recent figures on unemployment in Europe as provided by Thomas Fazi in his article "How Austerity Has Crippled the European Economy – In Numbers", published on 31 March 2016 by Social Europe:

"In early 2016, the euro area’s unemployment rate stood at 10.5 per cent (17m people), while the youth unemployment rate was 21.5 per cent (3m) – up from 7 and 15 per cent respectively in 2008. The figures for the EU28 were respectively 10.6 per cent (22m) and 20 per cent (4.5m). Among the member states, the highest unemployment and youth unemployment rates were recorded in Greece (24.6 and 49.5 per cent) and Spain (21.4 and 47.5 per cent). This has been accompanied by a rise in the rates of long-term unemployment, implying that a large number of unemployed face increasing difficulty in finding a job, while the danger of their sliding into poverty and material deprivation correspondingly increases. This is complemented by a lack of public sector opportunities. On the contrary: cuts in public spending are accelerating this trend.
Moreover, poverty (including in-work poverty) and at-risk-of-poverty rates have increased significantly in all European countries since 2008, reflecting an overall decline in terms of social justice. In early 2016, nearly one-quarter of EU citizens (24.6 per cent) are regarded as being at-risk-of-poverty or social exclusion – an extremely high and worrisome value. Measured against today’s total EU population, this corresponds to approximately 122m. The gap between northern European and southern European countries remains enormous. In Greece, 36 percent of the total population is at-risk-of-poverty or social exclusion. In Spain, this figure was above 29 percent. For children and youths, these shares were even higher. In Portugal, the poverty rate within the total population is 27.5 percent. By contrast, Sweden, Denmark, Finland and the Netherlands stand at the top of the overall index. Various studies have concluded that the increase in poverty, at-risk-of-poverty and social exclusion rates is a direct result of the policies of fiscal austerity and internal devaluation pursued in recent years. Research has also shown that austerity has increased inequality by fattening the tail of the income distribution, implying a redistribution from workers to asset owners (i.e., from the bottom majority of the distribution to the top minority)."

Posted by jan joost teunissen at 5:47 AM