The end of Capitalism? A comment on Robert Misik 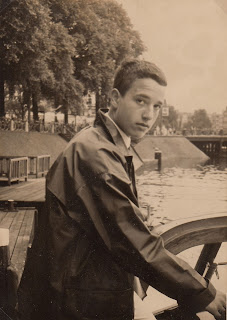 Two months ago I reported on this blog about an article by Austrian thinker Robert Misik, Will Capitalism Die? , in which he predicted the end of capitalism. That prompted me that same day, 12 January 2016, to write a draft comment on Misik.

Checking old posts, I found that draft comment. In the first part of it I raised two questions:

(1) Those who are supporting capitalism and those who have an interest in its survival (these two groups do not overlap fully, for instance I, as a pensioner, belong to the second group), will not just let it die. If they think Robert Misik is right that capitalism will die if current trends and policies continue, they will be busy preparing how it can survive.

Do you have an idea of what the supporters of capitalism may have in mind to rescue it?

(2) I have another question: can you imagine a non-capitalist system with pension funds investing in the small and cooperative economic initiatives that Robert Misik describes at the end of his article as a hopeful way out of the crisis of capitalism?

Obviously, I raise these two questions first of all to myself. But I would be grateful if you helped me finding answers.

How to rescue capitalism?

What answers could we give to the two questions I raised in my draft comment on Misik of two months ago?

On the first question of what defence lines the supporters of capitalism may be developing I can imagine they are working on the following three lines:

- promoting the image that capitalist democracies may not be ideal but still are the best option available to fight climate change and promote employment;

- promoting the image that governments and international institutions should continue to facilitate the 'proper' functioning of the capitalist system and that the state should not be 'overburdened' with fiscal deficits that young people will have to repay.

These may be three successful defense lines (don't you think so?) that may get wide support including from 'the left' when they are in government or share government responsibility. Small and cooperative businesses, as proposed by Robert Misik and others, are simply still a too small part of the global economy.

On the second question of different pension funds, I think it is possible to change pension funds so that I need not 'necessarily' defend the current system with large, capitalist pension funds (like the one who is paying me every month) investing in the survival of current capitalism (if I think I really need the pension of about 1000 euros per month).

My 'vested' interest in maintaining current capitalism is only 'true' if it would be impossible to change current pension funds and the current dynamics and power relations in the global capitalist system (being upheld by all major powers including the Chinese and other BRICS governments).

Is a better global system 'unviable'? I don't think so.

Capitalism should and could be reformed, both in its dynamics, power relations (give power to the poor), and ideology (educate people properly and create proper mass media).
Posted by jan joost teunissen at 12:24 AM