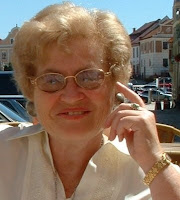 One possible way to prevent crisis is regulation. It is the regulator’s hope that good regulation will prevent trouble.

In response to John Williamson’s paper Stephany Griffith-Jones said in an email that she particularly liked John’s emphasis on “regulatory failure and need for improved regulation, including the possibility of forbidding certain transactions or activities.”

Stephany added, “This sounds radical, but if the social benefits are clearly below the social costs of certain activities, it seems the role of regulators should be to curb them.”

This is difficult to say. With hindsight, it’s always easy – compare marital conflict and war. But if the rules had been different, would a crisis not have happened?

I don’t know if Stephany thinks that with better regulation of “certain activities” a crisis would have been prevented. There are other causes as well, I think. Anyway, I will ask her what she thinks.

Stephany reported that Joe Stiglitz and others are advocating an agency that would review financial instruments from this perspective: its social benefits and costs. She compares the job to one of an agency that reviews medicines “to check before they are released that they have no unintended negative effects that would outweigh their positive impacts.”

This is an interesting thought. Can it be but into practice?

Stephany went on saying that it would be interesting to discuss in a planned FONDAD workshop the regulatory implications of the current crisis. She suggested that we should look at more accepted ideas that need a strong push for something to happen. For example, we might consider regulating rating agencies, and modifying Basle 2 “to eliminate procyclicality of capital requirements, or even postpone Basle 2 introduction so it does not deepen the current slowdown (an idea mentioned briefly at a recent G24 meeting and hinted at in the Financial Times).”

This all sounds very interesting. I will ask Bill White what he thinks.

The question remains whether good regulation can prevent crisis.

(to be continued)
Posted by jan joost teunissen at 3:00 AM