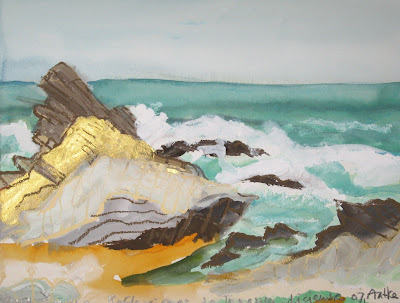 Every crisis between men can be prevented, be it a marriage crisis, a strike, a war, or a financial crisis.

Yesterday I read that someone considered the current international credit crisis "man-made". A non-sensical statement, because it could not be otherwise.

How could the current crisis have been prevented? That's a more difficult issue. It requires analysis, and opinion. Yes, without opinion, no explanation. And, usually, there is not one explanation but several.

Some people assume that facts explain. You need them, but you should never believe you have them all. There is always more.

Explaining requires reduction or abstraction, that's what makes it attractive and convincing – up to a certain degree.

Complex matters can be made crystal clear but sometimes the beauty (aesthetics) of explanation obfuscates reality, particularly in social sciences (economics) and politics where reality is subject to opinion and willingness of change.

The current financial crisis is complicated and simple at the same time. Not because it’s about numbers, figures – as I said before – but because it is man made. All made by men is simple and can be understood, even though it sometimes seems complicated.

But preventing a crisis remains difficult.

In the next post we will see what some of you say about it.
Posted by jan joost teunissen at 12:10 AM