Let's help the poor in the US and elsewhere 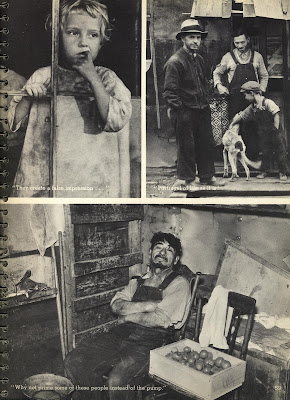 Last week I was shocked by a small article on page two of an Amsterdam journal, Het Parool, which said that 28 million people in the United States will need food stamps and that the number of people needing these stamps had increased by 30 percent since the beginning of the credit crisis.

Only in New York 1.1 million depend on food stamps. The victims are people with low-earning jobs in shops, the cleaning industry, kitchens of restaurants and workers in the construction sector. These 'working poor,' as the article observes, often spend 10 percent of their earnings on gasoline (petrol) and a substantial proportion of their income on food.

I have a revolutionary thought: let our European ministers of international development cooperation advocate a change of neoliberal policies in the United States and other countries affected by neoliberal policies, to combat poverty in the US and elsewhere including our own countries.

Doing just that our development aid industry would make a healthy turn away from too much a focus on bookkeeping of money given or lent to developing countries to, what in my view is the essence of international development cooperation, economic and social policies for the well-being of all.

The picture comes from a book I spent hours and hours looking at in my youth, "U.S. Camera 1939", Edited by T.J. Maloney, and published by William Morrow & Company, New York.
Posted by jan joost teunissen at 11:56 PM