Tsipras hopes for May debt deal with Troika 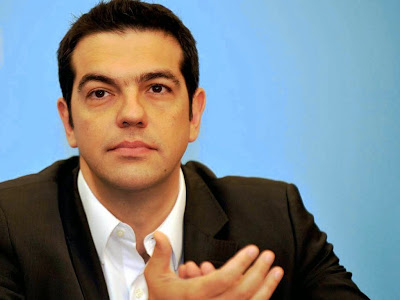 The debate about Greece is more than a struggle between a debtor country and its creditors -- the Troika. It is a debate about democracy. Most financial policy makers and parliamentarians do not seem to be aware of that, or not sufficiently.

Why should the Troika take the democracy issue in the Greek debt debate more seriously?

Because otherwise European democracy will be undermined further, dangerously threatening the future of Europe.

It is not only a question of taking the last Greek elections, which brought the current Greek government to "power" (its power is limited), more seriously, it is also taking the issue of 'sound' economic policymaking more seriously.

Am I biased and do I overlook or neglect the good arguments of the Troika? I don't think so.

The arguments given by my friend of the FONDAD network in the previous post do not deal with the democracy and sound economic policy aspects in the Greek debt debate. They deal with diplomacy and sensitivity issues.

European policy makers are engaged in a debt and democracy debate about Greece -- and their own countries -- of which they do not seem to realize the importance.

In the meantime, Tsipras hopes that by his change in the Greek debt negotiating team and by playing the game smarter, he will be able to reach a debt deal by May -- see eg, "Tsipras presses for May debt deal, threatens referendum".

Will Tsipras succeed within 27 days and stick to the promises he and Syriza made to the Greeks who voted for them?
Posted by jan joost teunissen at 6:52 AM