Countries with highest income per capita 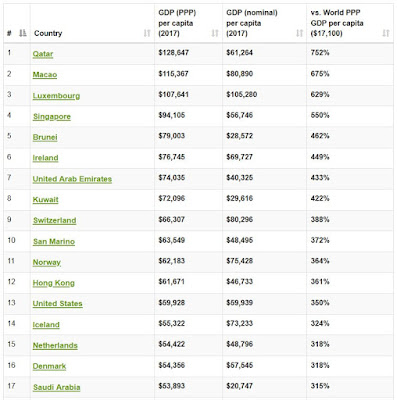 No, you don't see them in the first picture of the 17 highest per capita income countries. In that list are, to my surprise, Singapore at 4th position, Ireland at 6th, Hong Kong at 12th, and the US, Iceland, the Netherlands and Denmark at positions 13 to 16.

Germany and the others are in the picture of countries ranking from position 18 to 35. 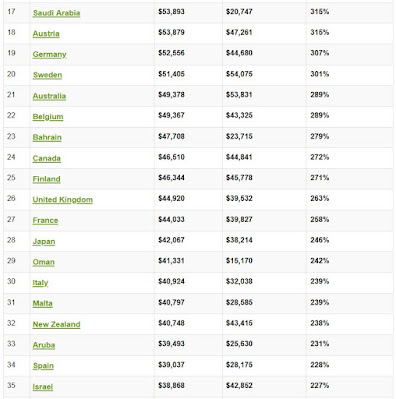 And what countries are at the bottom of the list? Burundi at place 184, Central African Republic at 185. There are five countries that do not have GDP (PPP) per capita figures including Andorra and Cuba.

Obviously, income per capita is one thing and income distribution another.

Posted by jan joost teunissen at 10:25 AM