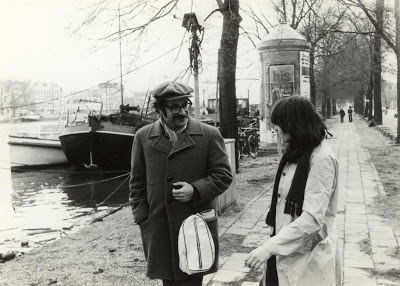 Following up on my previous post, here is another though-provoking article, "President Trump: Nationalist Capitalism, An Alternative to Globalization", written by James Petras.

I do not fully agree with all of Petras' arguments but he says a couple of interesting things. His main argument is that anti-Trump journalists and academics have distorted Trump's views and neglected his critique of US policies and the current state of affairs.

Petras seems to support Trump's industrial policy (I am not fully sure) whereas other academics like Dani Rodrik have serious doubts about it. However, there are other academics, like Andrew Sheng, who also believe that Trump may be successful in his envisaged economic policies: "Contrary to the claims of some doomsayers, Trump’s economic policies might actually work. With enough investment in infrastructure – and with the help of negative real interest rates – Trump may well manage to revive productivity and GDP growth enough to reduce America’s debt overhang in real terms."

Let me now turn to Petras's article and quote him extensively below:


The centerpiece of Trump’s critique of the current ruling elite is the negative impact of its form of globalization on US production, trade and fiscal imbalances and on the labor market.... For two decades many politicians and pundits have bemoaned the loss of well-paid jobs and stable local industries as part of their campaign rhetoric or in public meetings, but none have taken any effective action against these most harmful aspects of globalization.  Trump denounced them as “all talk and no action” while promising to end the empty speeches and implement major changes.

His economic strategy of prioritizing US industries is an implicit critique of the shift from productive capital to financial and speculative capital under the previous four administrations.  His inaugural address attacking the elites who abandon the ‘rust belt’ for Wall Street is matched by his promise to the working class: “Hear these words!  You will never be ignored again.”

President Trump emphasizes market negotiations with overseas partners and adversaries.  He has repeatedly criticized the mass media and politicians’ mindless promotion of free markets and aggressive militarism as undermining the nation’s capacity to negotiate profitable deals.

Trump points to trade agreements, which have led to huge deficits, and concludes that US negotiators have been failures.  He argues that previous US presidents have signed multi-lateral agreements, to secure military alliances and bases, at the expense of negotiating job-creating economic pacts.

Trump’s agenda has featured plans for hundred-billion dollar infrastructure projects, including building controversial oil and gas pipelines from Canada to the US Gulf.  It is clear that these pipelines violate existing treaties with indigenous people and threaten ecological mayhem.  However, by prioritizing the use of American-made construction material and insisting on hiring only US workers, his controversial policies will form the basis for developing well-paid American jobs.

The emphasis on investment and jobs in the US is a complete break with the previous Administration, where President Obama focused on waging multiple wars in the Middle East , increasing public debt and the trade deficit.

Despite the transformation of the world order, recent US presidents have failed to recognize the need to re-organize the American political economy.  Instead of recognizing, adapting and accepting shifts in power and market relations, they sought to intensify previous patterns of dominance through war, military intervention and bloody destructive ‘regime changes’ – thus devastating, rather than creating markets for US goods. Instead of recognizing China’s immense economic power and seek to re-negotiate trade and co-operative agreements, they have stupidly excluded China from regional and international trade pacts, to the extent of crudely bullying their junior Asian trade partners, and launching a policy of military encirclement and provocation in the South China Seas.  While Trump recognized these changes and the need to renegotiate economic ties, his cabinet appointees seek to extend Obama’s militarist policies of confrontation.

Early in his campaign, Trump recognized the new world realities and proposed to change the substance, symbols, rhetoric and relations with adversaries and allies – adding up to a New Economy.

First and foremost, Trump looked at the disastrous wars in the Middle East and recognized the limits of US military power:  The US could not engage in multiple, open-ended wars of conquest and occupation in the Middle East, North Africa and Asia without paying major domestic costs.

Secondly, Trump recognized that Russia was not a strategic military threat to the United States .  Furthermore, the Russian government under Vladimir Putin was willing to cooperate with the US to defeat a mutual enemy – ISIS and its terrorist networks.  Russia was also keen to re-open its markets to the US investors, who were also anxious to return after years of the Obama-Clinton-Kerry imposed sanctions.  Trump, the realist, proposes to end sanctions and restore favorable market relations.

Thirdly, it is clear to Trump that the US wars in the Middle East imposed enormous costs with minimal benefits for the US economy.  He wants to increase market relations with the regional economic and military powers, like Turkey , Israel and the Gulf monarchies.  Trump is not interested in Palestine , Yemen , Syria or the Kurds – which do not offer much investment and trade opportunities.

Trump will most probably maintain, but not expand, Obama’s military encirclement of China ’s maritime boundaries which threaten its vital shipping routes.  Nevertheless, unlike Obama, Trump will re-negotiate economic and trade relations with Beijing – viewing China as a major economic power and not a developing nation intent on protecting its ‘infant industries’.

The negotiations with the Chinese will be very difficult because the US importer-elite are against the Trump agenda and side with the Beijing ’s formidable export-oriented ruling class.

Moreover, because Wall Street’s banking elite is pleading with Beijing to enter China ’s financial markets, the financial sector is an unwilling and unstable ally to Trump’s pro-industrial policies.

Trump does not oppose US economic imperialist policies abroad.  However, Trump is a market realist who recognizes that military conquest is costly and, in the contemporary world context, a losing economic proposition for the US.  He recognizes that the US must turn from a predominant finance and import economy to a manufacturing and export economy.

PS: I took the picture of James Petras and my wife Aafke Steenhuis in the early 1980s when he was staying a few days at our ship (houseboat) in the river Amstel in Amsterdam.

Posted by jan joost teunissen at 3:02 AM