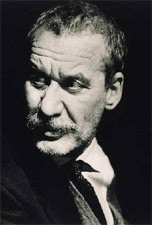 There are five prominent realms of knowledge, reflection and action:

Our daily life is influenced by all five, in different mixtures. Reflection and action in some of the realms are perceived as more individualistic and independent while others are considered more collective, conformist and bureaucratic.

Strangely, journalists, scientists and politicians often see themselves as individualistic and independent, even though their thoughts and actions are much more collective and conformist than they think.

Government officials and business people are bureaucratic (I never understood why bureaucracy is ascribed mostly to government institutions, while larger organisations, be they public or private, tend to be bureaucratic) and usually recognise their collective and conformist attitude.

Economists are active in all five realms and most economists working in science see themselves as independent, individualistic thinkers. However, they are much more collectivist and conformist than they think. Do they lack critical self-reflection?

There is a tremendous lack of independent economic thinking and I see this as one of the problems of our society (which needs critical analysis) and of economics as science. Economists like to see themselves as independent thinkers, but in fact provide mostly conformist thoughts.

Obviously, this problem is not confined to economics, but of all social sciences it is perhaps the economic science (is it a science?) that has fallen most prominently into the trap of false pretences.

Because of "society's" view of economics, giving it too high a status? Because of the power of business? Because of the lack of critical reflection by journalists and politicians, and by scientists, business people and government officials?

In a next post I will have a critical look at economics and journalists, whose profession and pretences I know, both as an observer and a participant. I will write as well something about economics and politicians. Scientists, business people and government officials will come later.
Posted by jan joost teunissen at 3:09 AM

For those who don't understand, BL says in his comment (translated freely): "I welcome the creation of this blog about "everything and something", above all in the field of economics and social sciences. "Independent" journalists have to be leftists when they work for a leftist journal, right wing if they work for a right-wing journal and objective if they work for an "objective" journal. If they are too independent, they will have difficulty in finding a job.
The same applies to an economist. As Krugman argues, there are fashions in economics, and then you have the mercenaries who sell themselves to who pays most. For example, 10,000 dollars were paid for "scientific" articles that criticised reports arguing climate change had been provoked by human action, by certain nations."
Did I translate correctly the last sentence, BL? I doubted about the translation of "en realidad alguna/s nacion/es".

One thing I did not translate is BL's question, "quién es el hombre de la foto", who is the man of the picture?
Who knows the asnwer?
(A reverse Google search for pictures would be welcome; would it?)