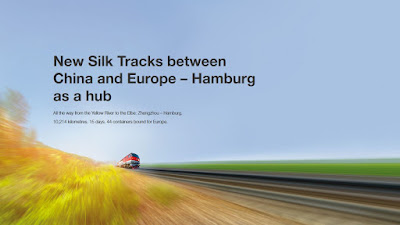 The port of Hamburg is one of the largest industrial areas in Europe. The port is located in the city itself, along the river Elbe, more than 100 km from the sea. In order for large, deep-lying container ships to arrive in Hamburg, the river must be constantly dredged.

Perhaps the main reason the port won is its economic importance. It creates about 156,000 jobs and the port is Hamburg's biggest taxpayer.

Hamburg is the third largest port in Europe, after Rotterdam and Antwerp. One of the differences between Hamburg and the other two ports is that almost 50% of all cargo goes by rail to the hinterland.

China is by far the largest trading partner of the Port of Hamburg. Hamburg sees itself as the European hub for China's New Silk Road. Hamburg is an important rail hub for transport to and from China.

A few years ago, Greenpeace protested in the port of Hamburg against the arrival of a ship carrying coal from Russia. A banner said, "Global climate action means we must stop burning coal."

Hamburg has beaches along the Elbe, not for swimming but for sun-bathing and playing. It also has many nice terraces, with good coffee.

I made a short film about our visit to Hamburg which includes images of the Elbe river, tug and ferry boats, a long freight train coming from a container terminal, and the arrival of a COSCO container ship. I play the guitar music that accompanies it.
Posted by jan joost teunissen at 6:58 AM No comments:

A visit to a small city-state that is the second largest port in the world.
Posted by jan joost teunissen at 5:38 AM No comments: 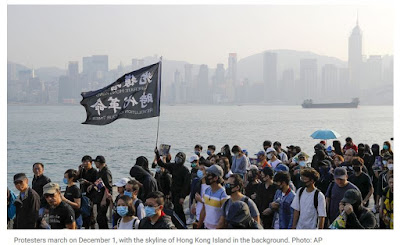